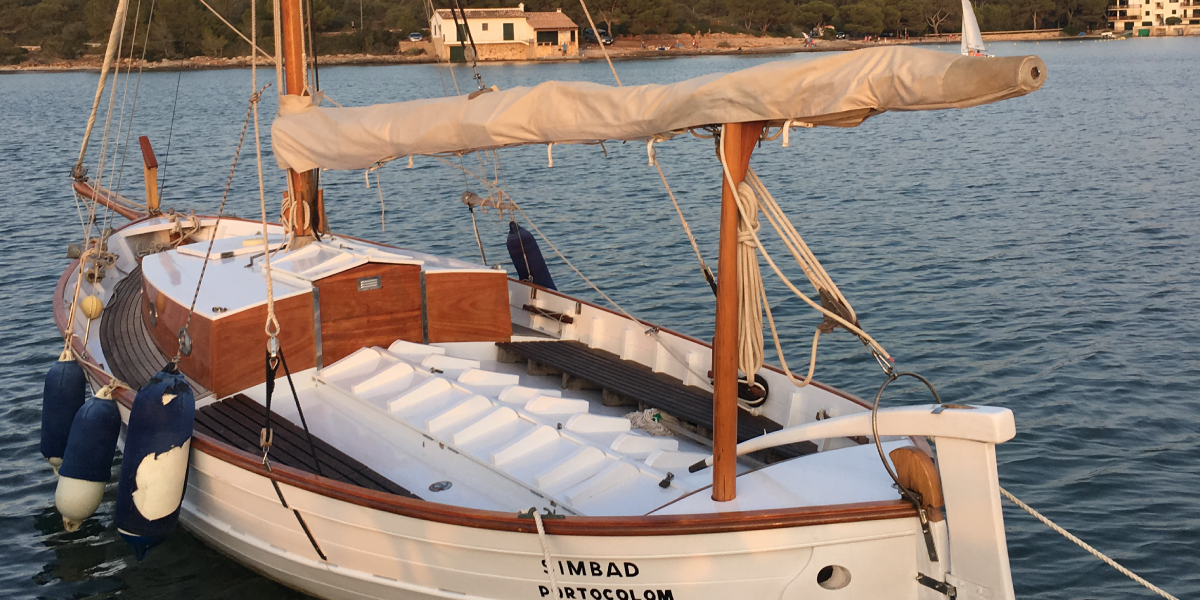 Llaüt in the harbor of Portocolom 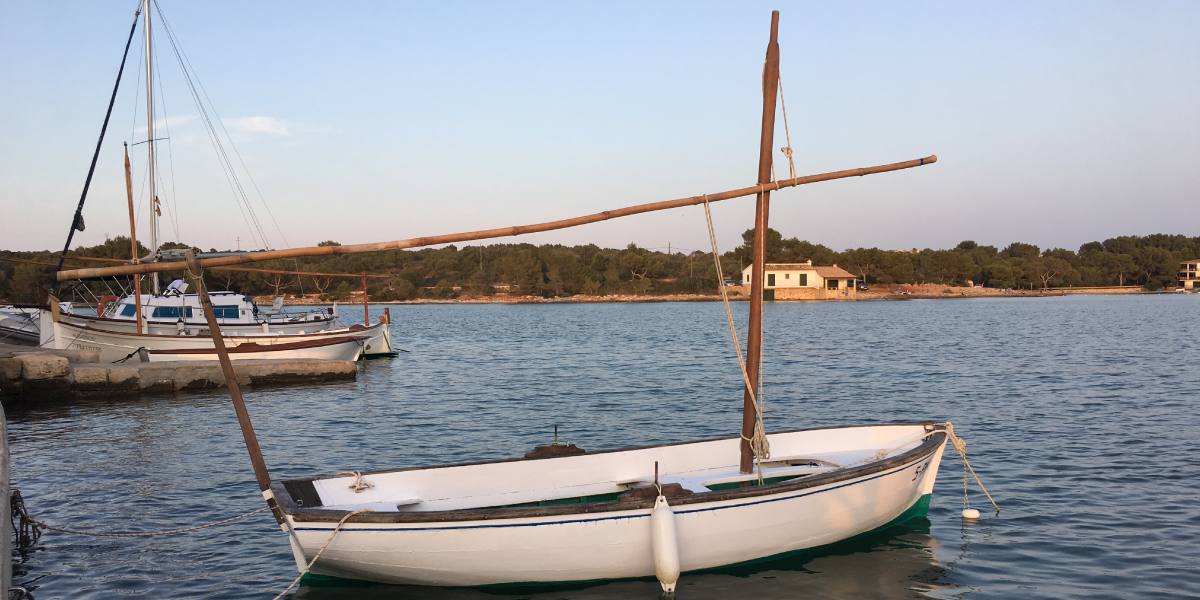 The boats in this guide can still be seen todayin Mallorca’s harbours.

Some of them are a hundred years old.

There were also much bigger boats.

Some transported goods between the islands and all over the Mediterranean.

Others were trawlers,and some attacked vessels from enemy kingdoms to steal their cargo.

In his book, Navíos y Navegantes (Boats and Seafarers), Víctor Guerrero describes the arrival of the first settlers on the islands in pre-historic times, and what their boats were believed to be like.

There are associations in the Balearic Islands which take care of traditional boats: They restore them and sail them.

You can consult them to find out more!